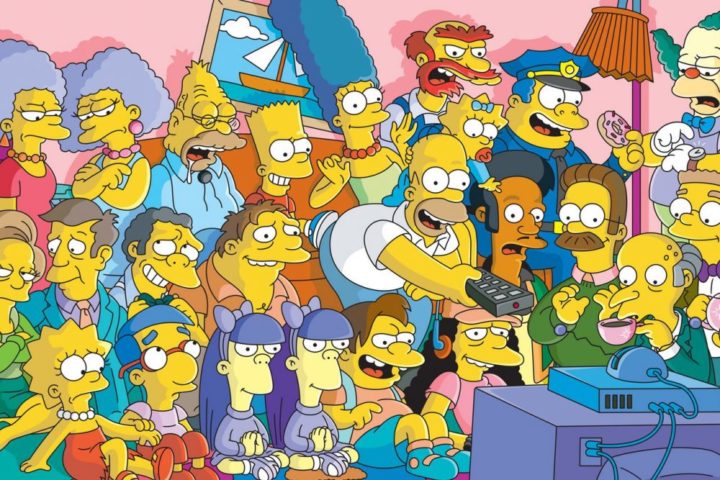 How to delete an...
Read more
Lifestyle

What Does ISTG Mean On Snapchat? Find It...

What Does S Mean On Snapchat? Solving The...

What Does WSG Mean On Snapchat? The Real...

What Does OTP Mean On Snapchat | Explore...

Since then, the iconic family sitcom that made its way back in 1989 on our tv screens has been ruling our hearts. For the past 23 years, we see The Simpsons predicting the future in almost every other episode. The show has been running consistently for the past 23 years with a fan base and ratings that have only seen a rise in the figures.

The Simpsons have a superpower “they can predict the future,” or can they? The question lies here whether the show and the real world’s resemblance is only a series of coincidences or they have the power to predict the future.

We cannot tell what the reality is, but we can recall the moments where the Simpsons may have predicted the future right and where they might have skipped a few details about the future. Despite the popularity, the show has made several headlines timely because of the uncanny resemblance depicted in various episodes with the real world.

Today, in this article, we recall 18 moments from the iconic show that may have gotten somewhere close to predicting the future and some moments where they predicted the future 100% accurately

13 Times The Simpsons May Have Predicted The Future Right

Read the full article below to have a look at all the predictions The Simpsons have made till now. You can also find the 9 Addictive TV Shows that are breaking the internet.

In the 17th episode of season 11, we can see the Simpsons making predictions regarding the Donald Trump presidency taken over by Kamala Harris. In the show, we can see Lisa Simpson overtaking Donald Trump as the President of the United States wearing a suit that exactly matches the attire now Vice-President Kamal Harris is seen wearing at the inauguration ceremony.

In the episode, Lisa goes Gaga we can see Lady Gaga making an appearance in the show to uplift Lisa Simpson’s self-esteem. Lady Gaga can be seen suspending from the cable ties and flying into the stadium. Here, we see the Simpsons predicting the future again because the same outfit was worn by the real Gaga at the Super Bowl LI’s halftime show, and guess what she made the same entry into the stadium as she did in the show.

In a 2010 episode of the show, we see Simpsons predicting the future with Bengt R Holmstrom winning a Nobel Prize in Economics. The bet that he would win the prize was placed by Millhouse and six years later we see Holmstrom receiving a Noble Prize in a joint win with Oliver Hart.

In another clip from a 2019 episode, we see the Simpsons predicting the future when Joe Biden and Kamla Harris can be seen receiving the joint democratic ticket. The show even predicted Tom hanks addressing the inauguration ceremony for the new President Joe Biden.

The episode Marge in Chains of season 4 sees the residents of Springfield fighting with each other to gain access over placebo, which takes a horrible turn when the residents can be seen overturn a container of bees which can be seen as a resemblance to last year’s murder hornet invasion.

We can see the Simpsons predicting the future again when the lunch lady is seen serving assorted horse parts onto the student’s lunch meals. The same horse meat controversy happened in 2013 when traces of horse DNA were found in beef products across the UK.

With the 2nd episode of the 18th season, we see the Simpsons predicting the future once again. In the episode  Brush With Greatness, we see Ringo Starr from the band responding to his fan mails. Well, surprise, because two female fans from England received a reply 50 years later to the fan mail they had sent to Sir Paul McCartney.

Smar watches came to the world of living in 2014 but they were invented in the year 1995 for the Simpsons when Lisa’s future husband is seen wearing one. Here, once again we see the Simpsons predicting the future with the episode Lisa’s Wedding.

In 1998, in a small clip of the show, we see the show describing Fox as a division of Disney. However, 21 years later this Simpson prediction coming out to be true with a 71.3 billion dollar hostile takeover of Fox by Disney.

In the episode Boy Meets Curl of season 21, we see Homer and Marge joining a doubles curling team and traveling to the Winter Olympics which ends up with them winning the first Olympic gold for the United States. Here, for the millionth time, we see the Simpsons predicting the future right as 8 years later, we see the US men’s team bringing home the first-ever gold medal.

Back in January 2021, when Trump lost the political race to Joe Biden the whole world saw the foundations of American democracy being shackled by the pro-trump activists. The whole world was shocked by these pro-trump riots but not the true Simpsons fans because they had seen the Simpsons predicting the future back in 1996 with the episode The Day the Violence Died.

The Simpsons are predicting the future once again in an episode titled Springfield when the magicians in the show are seen getting attacked by their white tigers. The same happens in 2013 when Roy is attacked by one of his trustworthy tigers. Though Roy gets to live with injuries we see the resemblance here as well.

If you are a true fan of the show, you pretty much have guessed all the predictions but if you lost any prediction let us know in the comments below. Also, there are pretty much a few other predictions Simpsons have made over the past few years but the ones mentioned here are the most accurate ones.