EntertainmentAnime
By Vansh Sharma
May 6, 2021 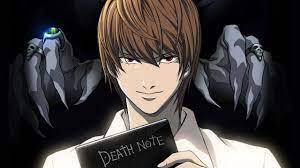 Madara Vs Hashirama | Can Madara Be Deafeated?

Do you know what...
Read more
Anime

Does Sasuke Die In Boruto | The Fate...

Dorohedoro is one of...
Read more
Anime

As discussed before in one of our articles, Why people watch Anime, today we are here with another article talking about 6 Reasons to watch Death Note, an anime series on Netflix.

Whether it is Death Note or any other anime series, it has been claimed that animated content is more infectious and likable. It is full of culture, values, clothing, gestures, and so many other things that we don’t usually see happening around in many series.

The exact reason can be for an anime series, namely Death Note. It was released in the year 2006 with 37 episodes. The amalgamation of these episodes led to the formation of the film under the same banner.

Let us dig deep into some reasons to watch Death Note to watch something valuable and intriguing on the OTT platform.

Following are some of the top reasons, which can influence us to watch Death note available on Netflix.

IMDb is the most trusted web page for authentic information on any film. The rating of the film is decided by the reviews and the analysis done based on its popularity.

And to your surprise, Death Note has a rating of 9 out of 10, which makes it the most desired show by the people. It is not just word of mouth, but it genuinely has a lot to cater to everyone who watches it.

It has Comedy, horror, a strong narrative, and other X factors that make it popular. Just because of its rating, you should watch Death Note, and I bet you would not regret the content it delivers to its audience.

In our previous article Why Anime is so popular, it has been discussed that the authenticity anime shows deliver, no other shows can do the same.

It has a complete real vibe despite it being an animated and fantasy show. Death Note is the same in that sense. It delivers a real taste of Japanese culture.

The clothing, gestures, and things seem related well with the Japanese culture to make the show look quite authentic. It would be best to watch it to experience the authentic taste of Japanese culture, which this show mainly serves to its viewers.

The nature of the show needs a brain to understand and decode. It is a fantasy show, but the comic dialogue and a pinch of horror make it believable. Dark Comedy is generally linked and is entirely offbeat, thus makes it more enjoyable and funny.

Dark Comedy can often turn as disrespectful or hurtful, but this will not happen in this particular show because the dialogue writers have worked well on the dialogues.

The nature of the dialogues is something that completes the entire series. There are many films where the dialogues are taken as reference from this series, and a few of them are its own adapted films.

The degree of supernatural content or the degree of exorcism will make you fall in love with it.

Twists and turns created by the same make it a powerful series because it is unmatched and never seen before.

A lot of horror series have taken this series as a reference for the development of its content.

The kind of content this series serves, no other film/series can deliver.

The dubbing under the filmmaker’s vision and the degree of attention paid towards it make this series more likable. If you hate watching series with subtitles then, this series is for you.

You will understand each bit of the series even without paying attention to the dialogues, but the film is dubbed in the language, which is universal – English. So, you won’t find any difficulty while watching the series.

The series holds so much popularity just because it is very clear. Yes, of course, it is intriguing, but at the same time, the thought process behind the making of this film is relatively straightforward.

Suppose I’ll reveal the idea, then what will you watch in the series. It will bring you to the questioning stage, but all your questions will be answered once the series finds its way to the end.

It has well-defined characters, with very clear background explanation, and therefore connecting dots in the series can become very easy for you. Once you watch this series, you will recommend it to all your friends, I bet.

These were some of the top reasons for you to watch the film, stopping you from watching such a popular series released in 2006. It could help you understand cinema in a much broader manner.

Previous articleWhy Is Anime So Popular? 6 Reason Detailed Explained
Next articleWhich One Is The Best ‘The Office Or F.R.I.E.N.D.S’?