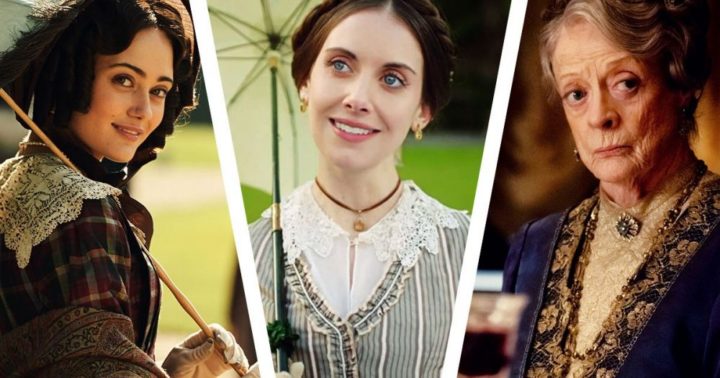 No offense but TV series can be a bit overwhelming at times with their storylines and a tendency to bring characters back to life even after dying multiple times. Although, there are shows that go back to history and stick with the facts to provide the viewers reliable information. Historically accurate TV shows feed their viewers content taken from reliable resources and generally, show things that have been a part of our history.

Historically accurate TV shows have a different effect on our minds. Wait let me explain it to you. The moment we start watching a show that somehow goes with our history, we start doing background research on the characters, places, and stories it involves. In case the show slightly differs from the history, we take extra efforts and do an intense background check to learn the A to Z of both the show and the history that it involves.

Though, the writers need to alter a few events here and there to keep the surprising element of the show alive and to fit the story as per the show’s run time. Keeping all the aspects of a well depicted and historically accurate TV show in mind, here are a few that series that you can try out.

Read here 8 Greatest and Most Entertaining Movies In The World

This TV show focused on the life of Queen Elizabeth II from her younger days. The show begins with her wedding to Philip, Duke of Edinburgh in the year 1947 and ends in the year 1955 with Elizabeth’s sister Princess Margaret deciding to go against her engagement with Peter Townsend. Whereas the later seasons of the show cover other important events like the Suez Crisis, the scandal of the Profumo affair, Harold Wilson as the Prime Minister, and a major focus on Lady Diana Spencer. The series will end with the 5th and 6th seasons, which will primarily focus on Queen reign into the 21st century.

The story revolves around a feud between two American families in Kentucky and West Virginia. The feud was probably caused by a stolen pig later turned into the brink of another civil war between the two because of the constant influence from outside forces and misunderstandings. The show is based on true events which eventually made it to International headlines and had to be resolved by the intervention of the U.S. Supreme Court.  The show is one of the most historically accurate tv shows ever made.

This historic tv show is based on the life of John Adams, one of the USA’s founding fathers. The show depicts his role in the first 50 years of the USA’s establishment and growth as a strong and powerful country. The show follows the story of the American Revolution very closely taken from the Pulitzer-winning biography of John Adams written by David McCullough. The seven-episode series received critical acclaim not only by the critics but the general audience as well for being one of the most historically accurate tv shows.

Downton Abbey, a historic TV show may not be based on real-life characters but it surely depicts the history of the world that we live in precisely. The writers of the show have taken their time to research the events starting from 1912 and how the Aristocrats treated the downtown servants living in Downtown Abbey. The show begins with actual historic events like the sinking of the Titanic, the assassination of Archduke Ferdinand which lead to WWI and shows the changing lives of characters through these events.

Seems like HBO is trying to win the race of creating the most historically accurate TV shows. Band of Brothers is just another name in the long list of historic TV shows that the channel has released. The show during its ten-episode run time exploits the truth behind World War II, and showcases interviews based on Ambrose’s research with the veterans of Easy Company.

The show is based on the novel The Cousin’s War written by Phillipa Gregory. This show is set in the backdrop of the Wars of the Roses and focuses on the life of three women Anne Neville, Elizabeth Woodville, and Margaret Beaufort who will do anything and everything in their quest to gain power. The three manipulate events, create chaos, rage wars all just to sit on the English throne.

The show depicts the life story of Queen Victoria, her friendship turned into an obsession for Lord Melbourne, early courtship to Prince Albert of Germany, balancing her throne and family duties simultaneously, all the while resolving conflicts between the German and English branches. Whereas the later seasons of the show reveal an estranged political relationship between the Queen and Lord Palmerston.

Where to Stream: Sony Liv

These writers and directors of these historic TV shows have gone the extra mile to make sure that they provide content that you can rely on and learn more about your history. The above listed are a few of the best historically accurate tv shows ever made. Take out some time from your busy schedules and start watching these shows so you can learn more about the past of this world in which you live.

Previous article7 Greatest and Most Entertaining Movies in The World
Next article17 Must-Watch Apocalyptic TV Shows | Binge-Watch The Best In 2023!