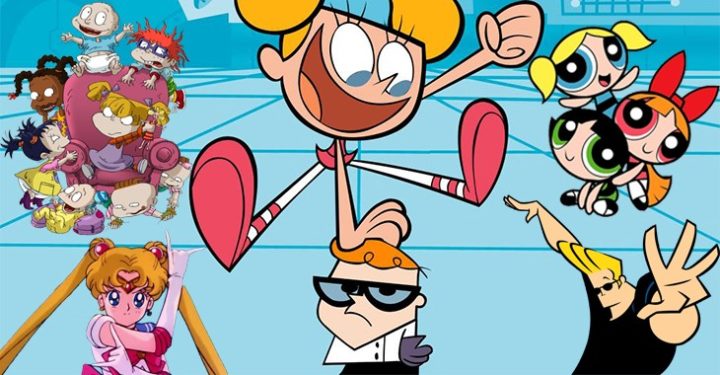 How To Get TikTok On Apple Watch? Find...

How To Add Temperature To Snapchat | Find...

Cartoon shows were truly a gift to our childhood but what came as a blessing to us were the 90’s cartoon network shows. These shows were the beginning of the cartoon world and have been ruling our hearts ever since. No doubt other channels such as the Disney Channel, Nickelodeon, also featured cartoon shows but every 90’s kid was truly a fan of cartoon network at heart.

If you are a 90’s kid reading this article, you can understand the love that we hold in these shows and the undefined bond that we have created with them. These shows were a part of our childhood and we practically grew up while discussing the episodes with our school friends. Remember how after getting on the school bus, the first thing that we used to do was ask our friends “Did you see what happened with Blossoms(Powerpuff Girl) on yesterday’s episode?” and many other questions that involved our favorite cartoon network characters.

Today, I am sharing a very important and beloved part of my childhood with you. I am sharing my list of best 90’s cartoon network shows with you and I am hoping that you and I both share a similar taste for cartoon network shows. With this article, I am trying to make every adult relive a part of his/her childhood that they seem to have forgotten because of their hectic schedules and busy lives.

Without further adieu, let us get straight into this article and I am sure that by the end of this article you will have a big smile on your face and lots of childhood memories coming back to your heart!! Read here Which is Better Series Game of Thrones or The Witcher?

Blossoms, Bubbles, and Buttercups the three kindergarten-going girls who are blessed with superpowers. The girls were not born naturally but they were rather created by their scientist Father “Professor Utonium”. The girls are often called by the City’s Mayor to help in the fight against criminals using their superpowers.

The 90’s cartoon network show aired its last episode on March 25, 2005. In addition to the series episodes, many other specials including Christmas and tenth-anniversary, spin-offs like anime, video games, a reboot series in 2016, etc were also released. The series was also nominated for the prestigious Emmy awards(six times), a kid’s choice award, and nine Annie awards.

Growing up, Garfield became one of our favorite 90’s cartoon network shows. Garfield started out as a newspaper cartoon but his witty antics and humor took him on a rise to popularity and soon became one of the best cartoon shows of the ’90s. The show aired for a total time of 6 years from 1988 to 1994 with a total of 121 episodes.

The show featured Garfield, the fatty orange cat with an undying love for lasagna. Along with Garfield, were his friends Jon and Odie and his nemesis “Nermal” who he always tried mailing to Abu Dhabi.

“Each Pokemon to understand, The power that’s inside” was every 90’s kid’s mantra while growing up. Indigo League was the beginning of Pokemon adventures. The show originally aired in Japan by the name of Pocket Monsters and then started airing in the United States in 1998.

This 90’s cartoon network show revolved around the life of Pokemon trainers Ash, Misty, and Brock who collect Gym Badges along with their pokemons to compete in the Pokemon League Competition at the Indigo League.

This show has lived as one of the best 90’s cartoon network shows of the era. The series focused on the bizarre and paranormal adventures that followed the life of Courage, the cowardly purple beagle along with his owners. The show was one of the initially launched cartoons of the Cartoon Network channel and gave a boost to the channel’s ratings.

The show aired from 1999 to 2002 with 13 episodes produced for a total number of four seasons. The series was also nominated for different award categories like Golden Reel Awards and Annie Awards.

Scooby-Doo, Where Are You?

This 90’s cartoon network show was the beginning of the most-watched cartoon shows of all time “Scooby-Doo”. With this series, the show became an instant hit with several other films, and animated series, being released in addition to this. The show aired its two seasons from 1969 until 1970.

The show focused on the life of Scooby-Doo(German Mastiff), who along with his friends Velma, Daphne, Fred, and Shaggy traveled in their Mystery machine to different locations in order to solve mysteries around the local legends and seek out the defaulter.

This 90’s cartoon network show aired from 1997 to 2004 and revolved around the life of Johnny Bravo, a tall muscular guy who always wore sunglasses. Johnny lived with his Mother and always tried using his good looks to impress girls to come on a date with him.

Though, Johnny is never able to woo girls as he ends up in bizarre situations every single time. Johnny was often seen accompanied by celebrity characters (guests) like Adam West and Donny Osmond. The show became popular because of its pop culture references and adult humor content.

Dexter’s Lab focused on the life of a genius boy “Dexter” who has a laboratory hidden in his room. This 90’s cartoon network show related the most to kids who had annoying siblings like Dee Dee(Dexter’s Sister). Dee Dee always found ways to get an entry to dexter’s lab and spoiled his experiments.

Dexter also has a nemesis Mandark who is always finding ways to prove himself the best in front of everyone. The show also featured Dexter’s pet monkey(superhero) and a trio of superhero friends(Justice Friends) who live together in an apartment.

This 90’s cartoon network show is based in Megakat City filled by the resident Kats. Megakat is protected by a duo of pilots namely “SWAT Kats” who fight against villains and different enemies of Megakat while flying in their fighter jet possessed with an armory of weapons.

SWAT kids not only have to face the wrath of their enemies but they also had to prove themselves as the best against the city’s police force known by the name of “Enforcers”.

This 90’s show aired for a period of 6 years from September 1999 to November 2005 and became one of the most popular kids show of that time. The show revolved around the life of two siblings Emmy and Max who one day stumble across a magical dragon land and become friends with Ord, Wheezie, Cassie, Zak, and Quetzal.

The show was critically acclaimed for its impressive storyline and also because it infused the children with a sense of learning. The show was not only a cartoon show but also took kids on an educational adventure.

By the end of this article, you might be thinking that these were not the only cartoon shows that ruled every kid’s heart in the ’90s, there were plenty of others. There are definitely many other cartoon shows but these are a few of my favorites that I wanted to share with all of you. These shows have been ruling not only the kid’s but every adult’s heart as well. Now that you have known my favorites, let me know which cartoon shows were your favorites in the comments below.