6 Best Cartoon Shows That You Can Watch On Netflix 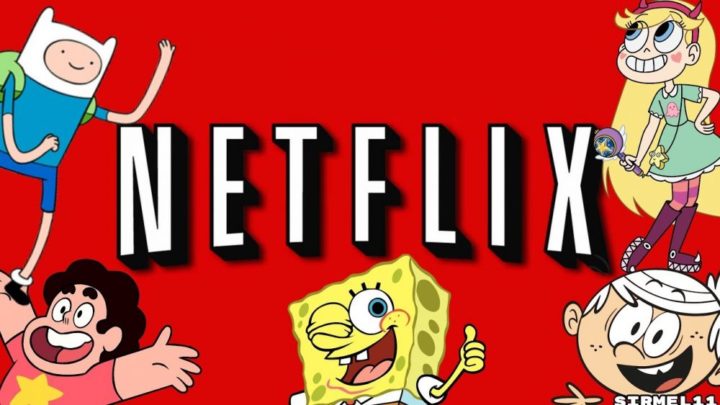 If you are a...
Read more
Lifestyle

Five Letter Words That Start With A And...

Cartoon shows, the only constant thing that we have with us since our childhood. These shows hold a special place in our hearts, and we always end up watching them no matter how old we get. These shows were, are, and will always be a very special part of our lives. But growing up, many cartoon shows lost their charm, and many tv channels also stopped telecasting the shows.

There are many video streaming platforms where you can find cartoon shows easily. But not all of them will turn out to be as impressive as the old ones we used to watch. So, today after spending a lot of time on Netflix, I have come up with a list of cartoon shows like Peppa Pig, Rick and Morty, Baby Boss, Zig and Sharko, Masha and the Bear, and Shaun the Sheep. You can find these shows easily on the platform and relive your favorite childhood memories.

Now, you might be wondering why you have to watch these shows only? What’s so special about them? There are practically dozens of cartoon shows that you can stream on other platforms as well, right. Well, if you want an answer to all of your why(s), Jump straight into the article below.

Ready to find out which cartoon shows are available to stream for the inner child in you? Read the article below, and do not miss out on any important details.

The adult science fiction cartoon show developed by Justin Roilan and Dan Harmon has been ruling every kid’s and adult’s hearts for the past eight years. The show revolves around the life of a mad scientist Rick Sanchez and his sweet yet irritating grandson Morty Smith. The two are often seeing going on adventurous journeys to different dimensions and causing a nuisance amongst the species living there. The show has been critically acclaimed for its creative depiction of adult humor and original content.

Shaun the Sheep is a British-German cartoon show brought to life on the small screen by creator Nick Park and directors Christopher Sadler and Richard Goleszowski. The show follows around the adventures of Shaun, a cute little sheep who isn’t a part of his flock but rather their leader. The animals at the farm will do anything and everything to get out of work and end up turning the farm into a chaotic mess. The animals also have a dog friend Bitzer, who always keeps the farmer away from the mess that goes on beyond his back.

Zig and Sharko is among the kid’s favorite best cartoon shows forever. The show revolves around the adventures of Zig, a small yet crazy hyena, and Sharko, the big shark who only looks dangerous on the outside but is afraid of the situations he gets stuck in. The two are always with each other at the end because Zig is infatuated with Marina, the mermaid, Sharko’s love interest. The characters do not have any voice in the original series. However, the Indian version dubs dialogues in the Hindi language for the TV series.

Masha and The Bear

This cartoon show revolves around the life of Masha, a little yet incredibly active Russian girl living in the forest with her friends(the dog, goat, and pig). The forest animals are always afraid of Masha as she pulls them into playing games forcefully and ends up creating a big mess. In the pilot episode, we saw Masha running into the bear’s house to catch a butterfly, but there she ends up creating a big mess(as usual). The bear, while trying to get rid of her, ends up becoming her best friend and joins the little Masha on her crazy adventures.

The Boss Baby: Back in Business

Everyone’s favorite cartoon show, The Boss Baby, is back with a bang on Netflix. Follow the adventures of the boss baby as this time he is up against Bootsy Calico and Fredrick Estes, the company’s new enemies. He also has to protect the new innovative product Stinkess Serum developed by his company. When Boss baby thought that he could get love from people around him, new challenges gather around him once again. How will Boss baby deal with all the problems? Will boss baby lose his job forever? What does OCB want with Boss Baby’s job?

Peppa Pig is among the kids’ best cartoon shows and revolves around the life of Peppa, a cheeky, cute little pig living with her sweet younger brother George and Mommy and Daddy pig. Peppa is an adorable piglet who loves to play games, getting herself dirty in the mud pools, and dressing up cutely. Peppa is always seen enjoying himself with her animal friends who are of the same age as her. Each episode highlights daily activities like swimming, riding bikes, visiting grandparents and prompts the pre-schoolers on doing the same.

These are some of my favorite best cartoon shows on Netflix that I watch whenever I am a little low or just feel like revisiting my childhood. I am sure that you will love these cartoon shows as much as I do, and the child that is still inside you will enjoy watching these shows the most. Grab a scoop of your favorite ice cream and get ready to enjoy these shows. Also, if you have any favorites that you want on this list, let us know in the comments below.

Previous article100% Free: 9 Websites To Download TV Series
Next articleBest Social Media Platforms To Connect With Your Students in 2021