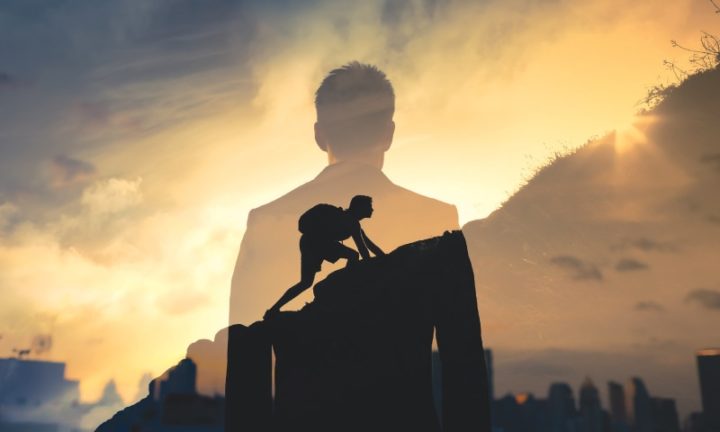 We all have our...
Read more
Lifestyle

How To Move A Pool Table?

How To Make Yourself Presentable For A Board...

There are times when we need inspiration in our lives, when we are broke, and what’s better than getting that inspiration from the best motivational movies? These films make us cry and laugh and sometimes even wonder about the struggles of life.

There is something that strikes differently about motivational movies deep in our hearts and mind. These movies reflect our own lives through the eyes of others, and when we see them on a big screen, it inspires us and motivates us in different ways. There is always a message hidden at the ending of such movies.

Above all, motivational movies prove to be the best companion when one requires inspiration to get through life’s hardships. Today, I have movies like A Beautiful Mind, Into The Wild, Aviator, and a few more. These movies are a constant source of inspiration and prove soothing to the heart and the soul. Come along and find out how these movies will take you through the most challenging times of your life.

There are plenty of movies to fill one’s quota of motivation and inspiration, but there is something different about these movies. If you want to know what makes these movies different from others, read the full article below.

Trust me when I say this, each and every single movie on this list is going to bring a healthy change to your lifestyle.

The Pursuit of Happyness

One of the best motivational movies of all time, The Pursuit of Happyness, revolves around the life of a homeless salesman Chris Gardener, played by Will Smith. The film is based on a memoir of the same name written by Steven Conrad. In this movie, Will’s son, Jaden Smith, also made his debut on the big screen as Gardener’s son(Christopher Jr)

The movie will take you on a ride through the ups and downs of life and might make you cry at some moments. The beautiful portrayal of the father-son relationship by the Smiths will make your heart swell with joy, and at the same time, you will see Gardener struggling to chase his share of the American dream. If nothing, the movie gives its viewers a brief moral that with love, care, and tenderness, and a little bit of confidence in yourself, you can achieve anything and everything in your life no matter how hard the obstacles are.

The movie is based on the best-selling novel of the same name written by Sylvia Nasar and is a constant reminder to people that you can win over the demons of your life if you believe in yourself. The movie is quoted as one of the best motivational movies. The story follows the life chronicles of John Forbes(Russel Crowe), a talented mathematician who starts his career at Princeton University but later moves to MIT because of his talent and hard work.

Everything is not easy and smooth as it looks. Between the achievements of John’s life, there is a lot of struggle and a constant fight to survive in this world. John is a survivor of schizophrenia and becomes obsessed with solving patterns and meeting his imaginary friends Charles, Marcee, and Parcher. John’s fight with his obsession and disease is captured in such a magical screenplay that it will bring tears to your eyes. A story of a man surviving through the darkest hours of his life, a must-watch for everyone.

Dead Poets Society is a story of a brilliant English teacher who uses unconventional methods on his students to make them challenge the rules of this so-called “best prep school in America” An addicted story that goes beyond the relationship between a student and his teacher, portraying an undefined friendship between them. The teacher will inevitably be fired for his unconventional teachings and methods, but he will leave with a sense of contentment, knowing his students have learned something beyond the prep school walls.

The movie is beautifully written by Tom Schulman and stars Robin Williams as John Keating, the English teacher who is determined to make the students fall in love with poetry rather than forcing them to live in the shell. The movie is a constant message to the parents to let their child grow into the man of their dreams and to look at things in their life from a different perspective. The movie with such a powerful message and a brilliant storyline deserves to be on our list of best motivational movies.

One of the best motivational movies, Into The Wild, teaches its viewer a beautiful message that one can seek true happiness only when shared with others. The film revolves around the life of Christopher McCandless, a topper student and a great athlete who is born into a wealthy family. However, money only proves to be materialistic to McCandless when he donates all of his wealth to charity and sets out on a journey to seek the true meaning of life.

A kid who is good at grades, a natural athlete, and has a good fortune of money. Why would he give up everything and run to Alaska? Why was he disappointed in his parents? What made him choose a path full of dangers and adventures? And most important, did he ever return to his family? Thankfully, McCandless has a journal where he has made entries explaining the adventures he went on to and finally how they end. The movie is a beautiful portrayal of life and the pleasures that we seek but in a different way.

The movie is based on the non-fiction book Howard Hughes: The Secret Life written by Charles Higham. The story follows the life of Howard Hughes. A man drowned in the depths of his wealth who chooses to spend his last days in a lonely room surrounded by no one, not even his wealth. The movie glorifies the life of a man surrounded by wealth, glamorous girls, success, and demons which only turn to get darker and darker with time.

This movie is a balancing act between the two parts of Hughes’s life. One where everything is going for right and the other in which everything seems to have been destroyed by bis demons. Howard is a young and rich man with a genius mind who makes the biggest budget movies Hollywood has ever seen. With his growing infatuation for airplanes, he starts building aircraft and soon buys his airline. This is where things start to go wrong. There are signs of growing peculiarity, troubles amongst other things. How is Howard’s life going to end? Will he fight his demons or give into them?

Another one of the best motivational movies Hollywood has given us is Moneyball. The movie is based on Moneyball: The Art of Winning an Unfair Game by Michael Lewis and follows the life of Billy Beane, played by Brad Pitt, working as a general manager at Oakland Athletics. Billy once had dreams of becoming an MLB player, but after a bad start, he moves to management due to his fear of losing.

The movie is about his struggle to find the best baseball team on a low budget and simultaneously prove to be a doting father to his daughter. The movie is all about the highs and lows and struggles of Billy’s life. A lonely man is coping with a failed marriage who constantly faces opposition from his team manager. How will Billy survive through the difficulties of his life? Will he find the best baseball team and prove his worth? Or is he going to lose this job forever?

These are the best motivational movies that are not only good to watch but are also inspiring in many ways. Each of the above-listed movies comes with a lesson. A lesson that will motivate you and encourage you to be a better version of yourself and an inspirational story that will stick with you for a very long time. Share the movies with your family and friends and help them to bring a change in their lives that they have wanted forever.