Which Is Better Series The Witcher or Game of Thrones in 2021? 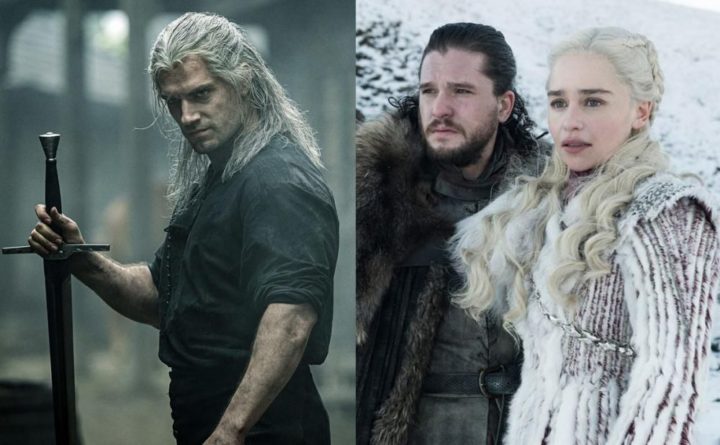 Ever since Netflix released its global hit “The witcher”, there have been discussions going around “The Witcher or Game of Thrones” as fans of the latter think that The Witcher is Netflix’s version of Game of Thrones. Both the shows share a similar mystical fantasy and this is the reason that drove critics and fans to draw a comparison between both the blockbuster shows.

Despite the fact that both the series do share few common things like fantasy, bloodshed, etc. both the projects are wildly different from one another in different other aspects and are based on completely different genres. It really becomes impossible to make any connection between the two series.

But how can we make the die-hard fans understand the inevitable that both the series are best on their own and drawing a comparison between the two is just not right. When Game of Thrones aired on our television screens, it became a popular topic of discussion amongst all the groups and soon the show started to garner a lot of attention, huge fan following, and dominated all the streaming records and rating charts.

Similarly, if we take a look at the timeline of The Witcher, we can see that the show became a globally dominating hit in less than two weeks of its release and still tops the list of globally ranking shows even after 2 years of its release.

Over the years, with the type of content that all the leading video streaming platforms are working on, one thing is evident that everyone is looking to make a hit franchise like Game of Thrones and Netflix’s The Witcher has reached somewhere close to that. While I was discussing both the series on a phone call with a friend, after hearing her point of view I realized that both series have their own flaws that make one series stronger in a particular category and the other one weaker.

I am in no place to hurt the feelings of the series fans by announcing one amongst the two series a better one. But what I can do is, like any other critic or fan, draw a comparison(very necessary at this point) between different aspects of both the shows and figure out which show has a stronger hold in each category. Without further delay, let us jump into the discussion and draw out a conclusion(Fingers crossed!!!)

Which Is Better Series The Witcher or Game of Thrones

Read along the article to find some more interesting facts about your favorite series and characters, and get ready to find out which emerges as the winner amongst the two. Read here 15 Series To Watch After Game of Thrones That Can Fill The Void.

The Witcher or Game of Thrones: Drama

If there is one thing extra than any other series GOT was famous for, it was the intrigue that the directors created with the lead characters and then killed them off in the later seasons of the series. Spoiler Alert for those who haven’t seen the series yet, Remember how the first season of Game of Thrones built a curiosity around Ned Stark’s character and then beheaded(by Brienne of Tarth) him later in the 9th episode of the season.

The Witcher or Game of Thrones: Source Material

When the Game of Thrones writers ran out of the source material, the epic book series “A Song of Ice and Fire” written by George R. R. Martin, they built the 8th season with a poor storyline and a terrible ending that no one ever expected. This led to the downfall of the franchise in its last season but the show still managed to garner a lot of attention and ratings.

However, this was not the case with Witcher. The show used the books written by Andrzej Sapkowski with The Witcher Saga as the final installment in the book series and giving the writers of the show a lot of potential endings to choose from.

The Witcher or Game of Thrones: Epic Monster Fights

Geralt of Rivera is mystically a monster hunter by nature and a part of Geralt”s job other than finding the “Child of Prophecy” is to hunt and kill the monsters of the North Realm and protect its people. Geralt is the last witcher present on the continent, which essentially makes him a legend on his own.

Though there was a lot of bloodshed and epic swordfights in the Game of Thrones franchise, the rush that you feel while seeing a monster being beaten to its death was missing from the case.

The Witcher or Game of Thrones: Characters

Henry Cavill vs Peter Dinklage. This is the point where neither I nor anyone else can decide which side to take. Both Tyrion Lannister(Peter Dinklage) and Geralt of Rivera(Henry Cavill) were absolutely outstanding characters on their own and it is not justifiable to choose the greater one amongst the two.

Geralt was a dominating monster hunter who can put both his enemies and allies in the right place with his sharp gaze whereas Tyrion was the youngest child born as a dwarf to Lord Tywin Lannister and dealt with the resentment from his own blood with his wits and tons of wine. Both Dinklage and Cavill took responsibility for their characters and portrayed the roles with absolute perfection.

The Witcher or Game of Thrones: Mystical Creatures

Game of Thrones had its fair share of mystical presence but The Witcher bags the prize here in this category. With the Mages and other magical creatures spread across the North Realm, the franchise sets itself apart from any other series. Even Geralt himself was blessed with mystical powers by the creator.

Northern Realm was filled with dozens of sorcery schools where hundreds of new-age Mages are trained to protect the continent from the coming dangers. Yennefer of Vengerberg(Geralt’s true love) was also a mage who was rescued by Tissaia de Veris and taken to Aretuza to study magic.

The Witcher or Game of Thrones: Dragons

If the video streaming platforms have learned one thing in these years, it is everyone’s love for the dragons. Viewers like to see plenty of huge, monstrous dragons loyal to their masters who can burn the enemies to crisp at their master’s one command.

Game of Thrones was full of dragons with Emilia Clarke as the dragon Mother(Daenerys Targaryen) who used her fire and dragons to punish the evil or her enemies. Though it took a few seasons for people to explore the dragons in their grandest form it was worth the wait and became the highlight of the series.

The Witcher or Game of Thrones: Legacy

Game of Thrones has been around for a long time and has created a legacy that no other show can replace. With HBO planning more prequels and spin-offs to this powerful series, it certainly is going to be around for a much longer time.

Whereas Witcher has established itself as a potential threat to the legacy of Game of Thrones but it is too early to say what the future holds for this franchise.

The Witcher or Game of Thrones: Potential

The Witcher emerged as a powerful series only within a week of its release and became one of the most-watched original series for Netflix. The show certainly holds the potential to improve and prove much better with its coming seasons. If the viewers fall for the second season of Witcher as well, it might actually prove to be Netflix’s version of Game of Thrones.

Truth be told, I have always loved The Witcher more than Game of Thrones for two reasons. One being Henry Cavill and the second is the mystical story that follows Geralt and The Child of Prophecy.

But if we keep my personal opinion aside, Game of Thrones is a better series than The Witcher because one it took its time to build a robust legacy, and the other reason being the show had its highs and lows but is still loved by millions of people from around the world.