When OnePlus launches its new phone-OnePlus 8T & OnePlus Nord. The company has decided to start mid-end terminals when they are always used to launching high-end terminals. This is a very curious trend. If we compare the new versions, we must analyze today’s trends. We are talking about comparing between OnePlus 8T and Nord.

As you know One plus Nord is launched in India and rumours are spreading about Oneplus 8t about it launching & specs. The final price is not announced by the Company but expected to launch on Nov 20, 2020, which is not confirmed and maybe when 8t launch with some different specs and features. So it is interesting to see which one is better.

So the detailed comparison is still pending. 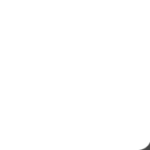