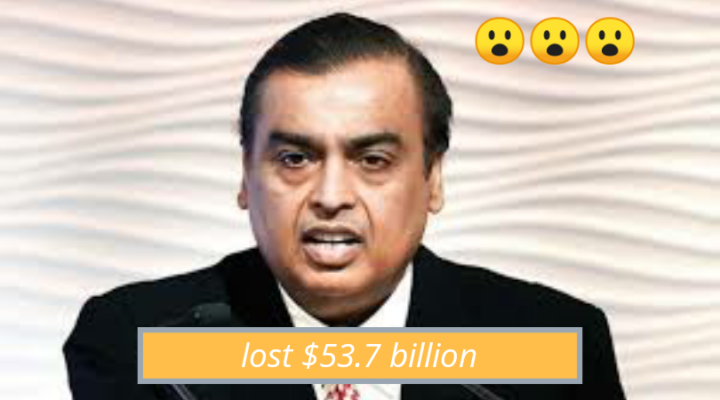 Don’t Know How To Hang Curtains On Arched...

How Much Is A Postal mail Order Bride-to-be...

Mukesh Ambani loss:Due to Coronavirus endemic, India’s top billionaires have seen their wealth erode by as much as 40 per cent. On a consolidated basis the top 10 Indian billionaires have suffers losses amounting to USD 53.7 billion within a month

As we are facing a serious coronavirus outbreak, it’s natural to wonder whether you’ll get the respiratory illness and what you can do about it. Tens of thousands of cases and hundreds of deaths have been reported.

On the Other Hand, Reliance Industries’ Chairman Mukesh Ambani, the richest man in India and whole of Asia, has lost some $5 billion of his wealth year to date in notional terms.

Also, Aditya Birla Group Chairman Kumar Mangalam Birla is poorer by $884 million, as per Bloomberg Billionaire Index. IT tycoon Ajim Premji’s wealth is down by $869 million and industrialist Gautam Adani’s by $496 million in just two months.

Uday Kotak and Sun Pharma’s Dilip Sanghvi also are among the biggest losers, as stocks of their companies have received a huge battering, destroying major wealth.

Mukesh Ambani loss: the large Indian business conglomerates, Reliance Group has been the most affected in terms of loss of market capitalisation of their listed stocks. The market-cap of all RIL firms have come down by Rs 53,706.40 crore between February 13 and February 27. In Friday’s market crash, as Sensex plunged 1,100 points, RIL shares fell 2.8 per cent.

On the flip side, the report adds that Chinese billionaires have been making money while others are losing. While three Indian’s were nudged out of the top 100 list, six Chinese were added. The Indian market has corrected by 25 per cent in the last two months as investors booked profits with the equity market in a free-fall. Indian equity market’s downfall has been aided by Foreign Institutional Investors, selling more than $15 billion in the month of March alone.

Also Read: Live Updates of Coronavirus in Luxembourg: COVID-19 in all Luxembourg states and cities.