Historically Accurate Movies That You Must Watch In 2023 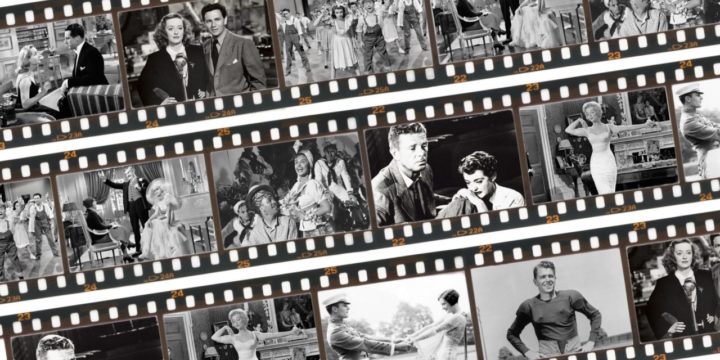 How Is The Korean Revolution Taking Over The...

You could not be a normal human being if you did not have the urge to bunk history classes to go to movie theatres. Every child secretly wishes that their boring history lectures be told through their movies. You can live that dream today by counting on these seven historically accurate movies to teach you history interestingly and accurately.

History-based movies are often looked down upon and are accused of inaccuracy and gossip-mongering. This article will change your perception of them. You will realize that some authentic and excellent work in movies is also out there, which will give you goosebumps and will not ever let you forget any event mentioned in them.

The Wolf of Wall Street,

All the President’s Men.

These historical movies discuss some natural and phenomenal things of the past, which you probably don’t know, but definitely should (at least to sound intelligent in front of your crush).

The following is a list of the recommended 7 historically accurate movies:

If your heart lusts after thrillers, then this movie will be a treat for you. The exhaustive 18 months of research by the director David Fincher and screenwriter James Vanderbilt will not disappoint you.

The movie is broadly about two characters playing catch. One is making serial killings based on zodiac signs(hence the title), and another is trying to find the killer. It brings into limelight the Zodiac killer who was quite notorious in the San Francisco Bay during the 1960s and 70s.

It deservedly got nominated for various awards like Saturn award for best action, adventure or thriller film, etc.

During World War II, this war film tells the story of a crew in the 10 feet by 150 feet german U-boat trying to accomplish a nearly impossible mission.

This movie, directed by Wolfgang Peterson and produced by Gunter Rohrbach, is also inspired by the novel ‘Das boot’ written by the German author Lothar Gunther Buchheim.

This German film was nominated under six categories for the Oscars, a record to date, including best director, best adapted screenplay, best editing, etc.

Do terms like stockbroking make your mind numb when mentioned by your dad? Watch this movie to hear the exciting aspects of this market from the horse’s mouth and know what a rollercoaster ride it is.

Director Martin Scorsese has put the memoir “The Wolf of the Wall Street” to life through his phenomenal work. This is his highest-grossing film worldwide, grossing over 275 million dollars internationally.

Think of a man in a white loincloth hailing from the Indian subcontinent, and if at all only one image will come to your mind- Mohandas Karamchand Gandhi. He had the stature of a saint in his homeland and single-handedly influenced the Indian struggle for freedom. His principles also influenced Martin Luther King.

Director Richard Attenborough kept it realistic and fact-based. Ironically Gandhi, who was the epitome of nonviolence, was assassinated violently. Wait, did I give the spoiler? No, this was the opening scene, so relax!

The film was applauded with positive reviews throughout the world. Ben Kingsley delivered an outstanding performance, undoubtedly receiving many prestigious awards like the Oscars and the British Academy Awards.

We live in the third decade of the 21st century, and we ought to understand others’ feelings and accept their sexual preferences without being judgemental. But we do not often do what we ought to, and things get complicated.

Directed by Gus Van Sant, the film milk revolves around the life of gay rights activist Harvey Milk and is biographical. He was the first-ever gay to hold a public office in America.

Sean Penn has given a power-packed performance in yet another movie. This film also made its way to various top ten lists of best films of 2008.

Ok, stop. Stop repeating these tempting words and continue reading the article and wondering what it means? Its meaning is also interesting, just like its pronunciation. It is a code word of Japanese origin which roughly means- complete surprise has been achieved. Already imagining your history teacher using these words after she catches you while cheating?

Director Michael Bay has attempted to give an accurate and realistic portrayal of the attack on pearl harbor, which was the result of tension between Japan and America.

It won the Academy Award for best special effects and was nominated for four other categories: best art direction, best film editing, etc.

Remember the controversial Watergate scandal of the 1970s (yes, the one which snatched away the president’s chair from Richard Nixon)? Go and watch this must-watch movie if you already haven’t.

It is directed by Alan J Pakula and stars Robert Redford as Woodward and Dustin Hoffman Berstein. They both play the role of journalists investing in the scandal.

The film has won many accolades like Academy Awards in best art direction, best sound, etc.

So, these were seven must-watch historically accurate movies to watch the very next time you manage to get a couple of hours free. Mark it on your to-do list. You can also watch the best documentaries on Amazon Prime.