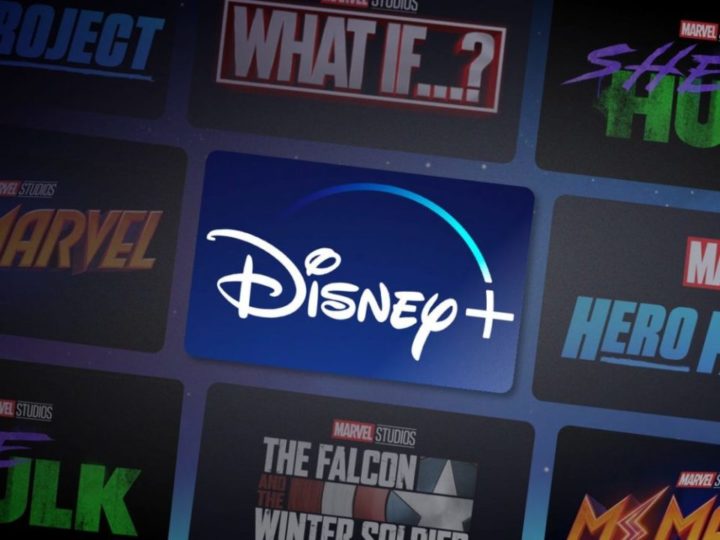 The 3 Driving Mistakes You Should Never Do...

Famous Female Bikers From Around The World |...

How many times have...
Read more
Lifestyle

We all have our...
Read more
Lifestyle

How To Move A Pool Table?

Had the pandemic not happened, 2020 would have been a treat for Marvel fans as several marvel shows and movies were announced to be released. Marvel had to reschedule all of its projects to 2021 leaving the fans completely heartbroken. As a true fan, I know how hard the year 2020 was with a pandemic already going on, and on top of that handling a second bummer – no new Marvel movies or shows releasing. During the end of 2020, fans saw a light when Marvel announced fresh dates for the release of its content.

Now in 2021, with one marvel show “Wandavision” released and the second one titled “The Falcon and The Winter Soldier”  releasing in 2 days, there is a buzz going around the shows. While WandaVision has already been a huge hit, the other marvel shows are also expected to top the rating chart with their impressive storyline and shocking plot twists. President of Marvel Studio, Kevin Fiege has announced a complete line-up of movies and shows that will release in the coming years. With Disney+ as the new home to the Marvel series, a lot is expected to change for both platforms.

Till now, marvel shows and movies were going in two completely different directions but now for the first time in the marvel cinematic universe both the shows and movies will be seen interacting with each other. Many of these shows will be limited to only a few episodes while others will be long-term projects and see disney+ as their new home.

Below, we have gathered a list of upcoming marvel shows in 2021. A few of these series will be releasing in the latter half of the year while others are expected to release tentatively in 2021.

Marvel Shows Releasing in 2021 on Disney+

Read along the article to find out which marvel shows are releasing on Disney+ in 2021. Read here 40 Interesting Facts About the FRIENDS TV Series

If you are a true marvel fan, you probably have already streamed this marvel show multiple times as it has been released back in January of 2021. And if you are someone who could not take the time out of their busy schedules and watch the show then I might as well give you a little glimpse of the show.

“The events of WandaVision will tie-up with the events of the upcoming movie Doctor Strange in the Multiverse of Madness,” says Kevin Fiege(President Marvel studios) Wanda and Vision are living the time of their lives in Westview but they can sense things are not as good as they seem to be. What is going on in Agnes’s mind? Is Wanda and Vision’s home in danger?

The Falcon & The Winter Soldier

One of the most awaited Marvel shows releasing on March 19, 2021, stars Anthony Mackie and Sebastian Stan as The Falcon and Bucky Barnes our very own Winter Soldier. The show takes place after the events of “Avengers: End Game”  when the two came together in the end.

The dynamic duo team up and set on an adventurous journey to trace Captain America’s Legacy and put their abilities and patience to test. What’s hidden in this global journey for the heroes? Are they going to come across any familiar faces?

This marvel show is set to release on June 11, 2021, with the “God of Mischief” traveling through alternate timelines and getting involved in many mischievous shenanigans. The show is set after the events of Avengers: Endgame when Loki disappears with the tesseract while invading New York City.

This version of Loki was never killed by Thanos and neither did he go through the horrendous events of Thor: The Dark World, Ragnarok, and Infinity War. The show was earlier set to release in 2020 but got deferred due to the pandemic.

This animated marvel show will focus on the alternate storylines for each of the major moments that have occurred in the Marvel Cinematic Universe. It has been confirmed that the first story will showcase Captain Peggy Carter taking the Super Soldier Serum instead of Steve Rodgers.

And in an alternate universe, Loki is seen to be worthy of wielding Thor’s hammer Mjolnir. The show is all set to feature new characters like The Watcher(Uatu) voiced by Jeffrey Wright.

This marvel show is based on the life of a Pakistani-American teenager who one day discovers that she is inhuman. Kamala takes on the role of Ms. Marvel handed down to her by Carol Danvers of Captain Marvel. Ms. Marvel’s story will directly tie-up with the events of Captain Marvel 2 as Kamal will make an appearance in that movie as well. Though, a great student and an avid gamer Kamala always found it difficult to fit in at home or school.

Clint Barton is all set to come back to our TV screens with this Marvel show. The show will not only have Clint as the archer but it will also feature another well-known archer from the marvel cinematic universe “The Hawkeye”.

The show is based on the events taking place after the Avengers: Endgame where Hawkeye is seen training his daughter Kate Bishop to be a “superhero without powers”. The show is expected to release in the latter half of 2021.

This marvel show is all set to showcase some of the most iconic moments from the history of the Marvel Cinematic Universe. With this show, many favorite characters including super-heroes and villains will come across your TV screens once again as you will relive these charismatic moments with them. Each of the stories that this show will feature is directly linked to the upcoming series of the platform.

This is a complete list of Marvel shows that are both releasing and expected to release in 2021. 2021 is the year of Marvel fans with so many shows and even movies being announced for release. You can stream all your favorites on Disney+ easily. If you don’t have an account yet, signup at DisneyPlus.com to get further more updates. Happy Binging Marvel Fans!!!