S*x and relationships are pretty weird and confusing. Many TV shows and movies try to help ease the matter but generally do more harm than good. But, this is not the case with shows like Sex/Life (2021). These shows are less stereotypical and more relatable for the audience.

These shows feel like a breath of fresh air with their new look at female desire, self-exploration journey, s*xuality, and s*x-related issues. They make you question the societal expectations of an “ideal” woman. They give voice to female desires.

Some of these shows will help you make sense of your love life (sorry if you don’t have one) and your s*xuality. Overall, watching these shows will make for a heartwarming experience that will leave you staring at your screen long after the show has ended, wanting more.

Here Are Some Shows Like Sex/Life That You Should Watch!

Sex/Life (2021) is an American romance drama show based on the novel 44 Chapters About 4 Men by BB Easton.

Sex/Life revolves around the life of a suburban housewife and mother of two, Billie Connelly, who is amid a midlife crisis. A former Columbia University psychology Ph.D. candidate, Billie was a wild child. Her fast-paced life was full of partying, s*x, and more passionate s*x. But, now that she’s happily married, she’s started to question what happiness is. Things get harder with the entry of her charming ex-boyfriend Brad who wants to woo her back, despite her being married and a mother of two.

The show is about a  love triangle between Billie, he ever so supportive husband, and her s*xy  heartbreaker ex-boyfriend she never got over. But Sex/Life isn’t your cliche love triangle; it looks at female identity, desire, and s*xuality with a new perspective.

Also, Read |  27 Hilarious Shows Like The Good Place That Will Make You ROFL!

Sex Education (2019) is a British *ex comedy, teen drama show that revolves around the life of a teenage boy Otis Milburn who sets up an underground s*x clinic with his rebellious, whip-smart classmate Maeve Wiley in school.

Maeve brings in clients, mainly students of the fictitious Moordale secondary school, and Otis “treats” them. Otis is a virgin but has extensive knowledge of the matter from his s*x-therapist mother, Jean Milburn.

Socially awkward, Otis has some issues that stem from his troubled childhood. He reluctantly takes up the role of a s*x expert to spend time with the cool Maeve Wiley he has a crush on. But while helping people with their s*xual crisis, he realizes that he needs some therapy himself to sort out his affairs. Plus, him being a virgin can be bad for their business.

Easy (2016) is a mumblecore, comedy-drama series that chronicles the lives of several individuals residing in Chicago. The Chicagoans fumble to navigate their way through the complicated maze of love, different varieties of modern love, relationships, s*x, technology, and culture.

With the surprisingly natural acting of the actors and actresses, the eight episodes of Easy follow separate couples that keep crossing paths now and then. One of the most underrated shows on Netflix, Easy tackles issues that range from relationships and s*x to open marriages and various forms of modern love in between. There’s something in each episode that viewers can relate to.

Once while meeting her best friend Brenda Castillo, Alma overhears a phone call between her husband Leo and his secretary. She begins to doubt her husband of infidelity. Using that as an excuse, she has a passionate s*x with 25-year-old Darío at her best friend’s house.

The next day Brenda is discovered dead, and suicide is believed to be the cause. Meanwhile, Alma discovers that her husband wasn’t cheating on her with his secretary. When the police start investigating, Alma’s infidelity may come to light. Dark Desire is a s*x and crime drama show that looks at female desire and unrealistic societal expectations of an ideal woman.

Also, Read | 30 Dramatic Shows Like Ozark To Keep You Entertained!

The show revolves around the life of a middle-aged divorcee, Eve Fletcher, and her spoiled son Brendan. After her son leaves for college, she is all alone except for the company of Facebook and Friends. Eve goes through a mid-life crisis and questions her identity and past experiences. All this prompts a s*xual reawakening and personal transformation. Meanwhile, Brendan gets involved in campus politics and s*xual troubles at college.

Mrs. Fletcher is a heart-winning female self-exploration journey. The show also talks about s*x and p0rn in a person’s life. It talks about how p0rn further isolates people who desperately crave intimacy or how p0rn paints an unrealistic picture of how s*x is and how it should be.

Kevin Can F**k Himself (2021) is an American black comedy television series that chronicles the life of an unhappy Allison McRoberts. Allison navigates her difficult personal path while being married to the ignorant man-child Kevin.

In the show, we follow Allison as she walks out of her husband’s domain and onto the path of taking the lead in her life. She finally realizes all the injustices she’s faced in life so far and being married to an insensitive, unambitious man who doesn’t treat her well is one of them.

The show explores the various conventions that have women trapped, the sit-com wife archetype, and her unhappy life. When Allison becomes the main character of her life, her plastic smile breaks away, and we see a woman dissatisfied with her life. But this enlightened woman finally takes charge to give herself a better life.

After a wild night of lavish divorce party, Hugo wakes up on a sailboat next to a burnt corpse. The corpse is of his lover’s husband, Macarena Medina, with whom Hugo had a steamy s*xual relationship. After a hasty, poorly done trial, Hugo is sentenced to fifteen years. He doesn’t remember the night’s events, but he’s certain of being framed for a crime he didn’t commit.

Filled with vengeance and anger, after seven years in prison, Hugo is visited by a young and ambitious lawyer, Triana, who will represent him. Hugo is released from prison on probation and has a pending trial ahead. Now Triana and Hugo must work hard to prove him innocent–which is easier said than done. So, Hugo band with his old stripper buddies, the Toy Boys.

Also, Read 35+ Popular Shows Like The Bold Type That You Must Not Miss!

Set in the 1950s, Masters Of Sex (2013) is an American period drama inspired by Tomas Maier’s book Masters of Sex.

The show follows the story of the research team, Masters and Johnson. The two pioneering researchers, William Masters and Virginia Johnson as they, try to understand the tiniest details of human s*xuality.

Masters Of Sex is a beautiful story about science, physiological interpretations of s*x,  and surfacing feminism. What’s so great about the show is that it manages to dignify s*x in a way other shows can’t. Other shows have s*x scenes thrown now and then to mesmerize the audience but so is not the case with this one.

Also, Read | 25 Hilarious Teen Comedy Shows Like Never Have I Ever!

Here Are Some More Shows Like Sex/Life On Netflix That You Must Watch NOW!

Okay, guys! These were some shows like Sex/Life that fans of dramedies must not miss. These shows cover a wide array of advanced topics like feminism, female identity, desire, the journey of self-discovery, etc. Therefore, these shows make for an intriguing, thought-provoking watch. Let me know your thoughts on these shows in the comment section below! 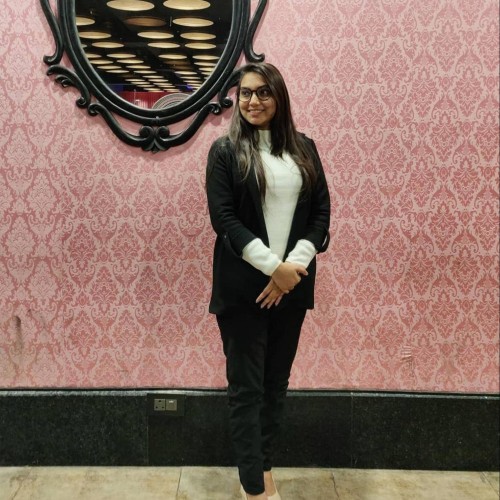