5 Different Platforms to watch The Lord of the Rings: Trilogy

Entertainment
By Vansh Sharma
May 5, 2021 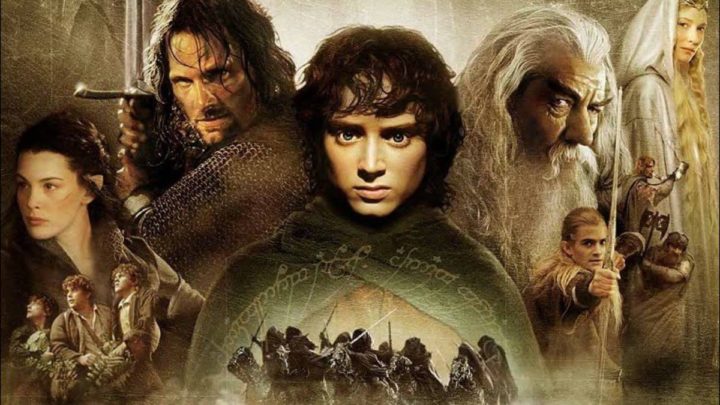 Fantasy will always cut you off from reality, and what is better than watching a complete, overly fictionalized story, The Lord of the Rings.

The film revolves around the ring, which is said to possess certain powers. It is called The Lord of the Rings, possibly because of the same reason. It is more of a fantasized world that might cut you off from reality once its intriguing nature deeply engulfs you.

This movie has three different parts made consecutively year after year and hence is popular amongst the peers today. Its three components are named as under:

The five platforms for the viewers to watch The Lord of the Ring: Trilogy are Amazon Prime, Netflix, Apple TV, HBO Max, YouTube; etc.

Let us dig deep and know where we can watch this Trilogy:

Top 5 platforms to watch The Lord of the Rings: Trilogy

Following are the five best platforms for watching The Lord of the Rings: Trilogy.

The World’s most-watched OTT platform is Amazon Prime. It is not just a hub for the trilogy: The Lords of the Rings, but it also has the best of other films that fetch people’s eyes.

All three parts of The Lord of the Rings can be watched anytime if you have a subscription to the platform. It will easy for you to sign in through your existing mail Id and formulate a new password.

The reason behind watching The Lord of the Rings on Amazon Prime is that you will find all three parts in one place.

The package for the subscription to Amazon Prime is as follow:

A monthly subscription will cost you $12.9

Annual Subscription will cost you $119

Netflix is another platform where you can watch this show, but the sad part is you will only find the first part of the trilogy on Netflix.

The other primary reason why it will be better if you watch this film on another platform is that you have to switch the platform and pay for another subscription for watching the other two parts.

Netflix can be your choice, only if you have an existing plan, otherwise do not buy a plan specifically to watch just the first part of the trilogy.

The subscription to the Netflix platform will cost you as follow:

The Basic Plan will cost around $8.99

The Standard Plan will cost you around $13.99

The Premium Plan will cost you around $17.99

Apple Tv is a premium television facility provided only to those individuals who own Apple devices. The best thing about Apple devices is that, with the same Apple Id, you can log in through any of your Apple devices such as Mac book, iPhone, iPad, your television as well.

The subscription for Apple TV is quite simple and valuable too. If you buy any new Apple device, you will receive a one-year free subscription, and for that, you can buy it for $4.99.

The advantage you get on Apple TV is that you’ll be able to watch the trilogy in 4K quality.

The most underrated OTT platform is HBO Max, as it has a lot of less content but quality content. HBO Max is also home to the World’s most favorite and intriguing series, Games of Thrones. Therefore, The Lords of the Rings could not be out from being a member of this fantastic OTT platform.

It owns rights for all three parts of the trilogy, and therefore, you can watch it anywhere you want but with a subscription.

It only provides a single plan for a month which will cost you around $14.99. It is simple, and also all your devices can be synced in with the same login Id.

Any film which is difficult to find, you can watch that film on YouTube. It will either be present for free or will cost you a rental amount.

YouTube is the most easily accessible platform from all of the above. It does not demand any process to watch a film.

It is like a renting shop, where you can rent a movie for 24 hours. The amount is meager, and it depends from film to film.

Previous article14 Celebrities Banned From SNL| Prepare Yourselves For The Biggest Shock!
Next articleHow To Make Money On Instagram Reels In 2022? Secrets Are Out!