TikTok has bee banned in India and to occupy the space of TikTok Indian has also launched a number of Made In India apps that can alter TikTok as they are doing exactly the same thing which TikTok does. The blog deals with the Top 7 Made In India TikTok alternatives. People find it quite entertaining to make videos on TikTok and most people these days got used to it and finally, a step ahead has to be taken to fill up the gap. Here are some Made In India Apps that look exactly like TikTok and do almost the same things.

What are the Top Made in India TikTok Alternatives?

The blog deals with almost all the Indian apps which are like TikTok
What are other Apps similar to TikTok in India?
1. Mitron App
2. Bolo Indya
3. Roposo App
4. Chingari App
5. Sharechat
6. Litlot App
7. Tik Kik App

Mitron is one of the most loved apps in India after the ban of TikTok and considered one of the best TikTok alternatives. The app has been developed in Bengaluru having 4.7-star rakings on Google play applications. It’s a video sharing and making the app just like TikTok. It allows people to make fun videos, can share and edit the way they want and share on social media as well. Overall it is an amazing app that is made in India. The app is also not very heavy its just about 8.03 Mb which is quite low and your device will not get out of storage if you already have less.
The app crossed a milestone as there are about 1.7 core downloads on Google Play. In just 2 months Mitron has crossed about 10-million downloads due to Chinese products are being boycotted in India.

The application is similar to that of TikTok, a video-sharing app made in India. The app is having an amazing feature that you can make videos in eight different Indian languages which includes Hindi, Tamil, Telugu, Kannada, Bengali, Marathi, Malayalam, and Gujarati. This feature is loved by the people who are crazy about such apps.

Roposo is another video-sharing app developed in India. The app is available on both Google Play Store and Apple App Store. The content is basically created by the users themselves in the app. The App is having a T.V-like browsing interface by which users can easily make customized videos and photos.
The app is available in many languages which include English, Hindi, Tamil, Telugu, Kannada, Gujarati, Punjabi, Marathi and Bengali. Interestingly, you can also see its most impressive feature which offers various channels like Haha TV, Look Good-Feel Good, Beats, and Bhakti
The app has seen the number of new users coming to the platform in about an hour are about 500,000 with which company has thought to cross the milestone of 100-million reach in the coming months.

It’s an amazing social media app that offers very interesting features to its users. The app allows interacting with new people via chatting, sharing videos, download and upload new videos, interesting browsing feed, and much more. People are not missing out on a chance to be in the popularity list and always want to go with the trend by always getting updated to the newest content. In this app, people can access WhatsApp status, videos, GIF stickers, Audio clips, and photos. The Chingari app is available in many languages like English, Hindi, Bangla, Gujarati, Marathi, Kannada, Punjabi, Tamil, Telugu, and Malayalam.

Sharechat launched in India in 2015 is somewhat similar to TikTok. Its a platform where users can make short videos and can edit and customize them the way they want. It’s an absolute Indian app we can say Indian Version of TikTok. The App is available on both the platforms on Google Play Store and The Apple App Store. So, you don’t have to worry about the platform that whatever device you are using you will going to find the app easily. After the ban of TikTok, the traffic on share chat has increased to a greater extent and people are loving it.

Litlot app has made the Made in India program quite successful as after the ban of TikTok, the app launched soon after the ban and tremendously made users gaga. The app is available both on Google Play Store and Apple App Store. The app is purely made in India. The app is having an interesting feature Which is the Free Hand Drawing feature which is loved by people and hence the app has crossed over1 million downloads on Google Play Store in a very short period and got 4.5 stars.

Tikkik app adds a high kick in the Made in India program and is known as “karaoke of the digital age”. The app allows the users to make interesting videos and can edit and share them on other social media platforms as well. The app is having amazing features. The interesting fact is the app has crossed about 10 million downloads with 4.0 stars on Google Play Store.

As TikTok git banned Instagram has released a new feature which is known as Reels which is a kind of clone of TikTok. And people are just loving it as it is almost similar to TikTok. You can make, create, edit, and share your videos very easily. The best part can be that you can share your Reels with everyone in spite of your friends only which is a good thing for the people who want to be in the trend. Most people are aware of Instagram but those who are new to it, the app can be easily available at Google Play Store and The Apple App Store. Also, Reels provide amazing features and filters with which you can edit your videos in the best possible way to go trending.

You can also Read – TikTok in huge trouble; NCW to seek total ban amid objectionable content. 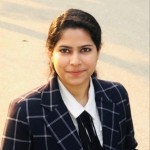 Know How To Make Cake Shots

5 Tips for the Bangle Business promotion to get more Profit