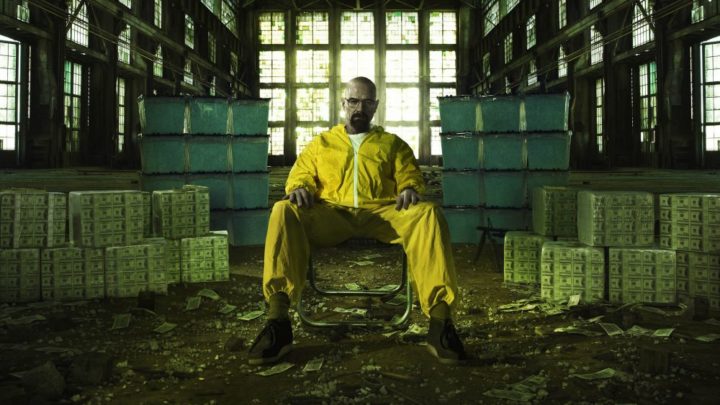 Best Green Tea To Boost Your Weight Loss Journey In 2021

In this world, where you are already occupied with...
Read more
Lifestyle

How To Get Unshadowbanned On TikTok? Tried & Tested Tricks!

I know you always wonder how these models have...
Read more
Lifestyle

Shake It Off: 5 Tips To Stay Calm, Cool & Collected!

Wardrobe Essentials If You Love To Dress Like A French Girl!

If you have completed binge-watching Breaking Bad for the millionth time and now are desperately looking for shows to watch after Breaking Bad, then you are at the right place, my dear readers. With lots and lots of respect and love for this show, it is time for you to move onto new beginnings.

Breaking Bad, a show that was released 10 years ago still rules our hearts and screens with its impressive storyline and the diversity that came with each character. The show is amongst the few others that have managed to leave an impression on our hearts forever that won’t be replaced by any other show in the coming years. Recently, the show has been witnessing its 10th-anniversary celebrations on AMC and Netflix, with one platform airing Better Call Saul and the other one airing El Camino which portrays Jesse’s surrender to the world of blue meth.

The show will always have its loyal fans who know how great the show was and who have admirable respect for Walter White, the loving family man who wanted nothing more than a bright future for his family but succumbed to the consequences of his greed.

Moving onto the article now, let us discuss some of the shows that will remind of Walter White one way or the other and keep you hooked on them with their diverse storylines and different genres. Without wasting any more time, let us jump straight to the article.

Read along the article to find more about these shows and where can you stream them. Read here 11 Best Apocalyptic TV shows That You Can Binge-Watch in 2021

An American crime drama series, The Wire is set in Baltimore, Maryland with each season bringing a new different system of the city and explaining the relationship between the different systems and law enforcement of the city. Even though the show is framed as a crime show, it’s more relatable to the everyday life of American citizens and how any citizen hailing from any different system has compromised at some point in the system they serve and stood up against the system themselves.

The show has been critically acclaimed for the theme that the creators have used to explain the reality of the political world and the society that we live in. Because of reasons like this, The Wire becomes one of the best shows to watch after Breaking Bad.

Next on our list of shows to watch after Breaking Bad is Boardwalk Empire. Many of you may already have seen the show but for those who haven’t seen it, let me give you a glimpse into the show. The show is set in the prohibition era from the 1920s and ’30s and revolves around the life of Enoch Thompson(Nucky), a rising political figure who has connections with both the law forces and the mob.

With his wits and a few connections here and there, Nucky rises to fame and becomes one of the top smugglers (alcohol) in no time. Just when Nucky thought everything was going well, his life takes a devastating turn when he comes under the radar of the federal government, and they start looking into him.

Where to Stream: HBO

The Sapronas revolves around the story of an American-Italian mobster Tony Soprano who lives two lives. One as the loving after and the perfect husband while the other as a ruthless mobster who knows how to get things done. The difficulties that Tony is facing are explored in the sessions with his therapist Jennifer Melfi. Tony is a loving human but at the same time, he wants to be a man who is respected.

Tony is one of the protagonists who is loved throughout the show because he is a man of words. He will forever be in debt to the ones who showed him loyalty but won’t spare the people who betrayed him. The brilliant acting and storyline make this one of the best shows to watch after Breaking Bad.

The next show that makes it to our list of shows to watch after Breaking Bad is The shield.  The violence, drugs, good cops, bad cops, this show has everything that can fulfill your cravings for a perfect crime-based drama show. The show revolves around the life of an L. A police precinct and the officers working in it.

The show has received several awards as well as critical acclaim for its perfect portrayal of the police personals and the officers who control them. Certain questions will arise in your mind while watching this show but the biggest would be Where was this show all this time? (If you haven’t watched it yet)

The show revolves around the life of Nancy who joins the world of drugs and marijuana to support her family financially with the help of her brother-in-law Andy Botwin. Throughout the series, Nancy’s life becomes entangled in smuggling and illegal activities that it becomes almost impossible to save herself from the clutches of law and protect her family.

The show has been critically acclaimed for its portrayal of a desperate woman who is willing to anything for the sake of her family’s happiness and has won several accolades including the prestigious Emmy awards and Golden Globe Awards. Because of the resemblance between the characters of Nancy and Walter, it becomes one of the best shows to watch after Breaking Bad.

Remember the bad guys who always stand up for their families and would do anything to keep them protected at any cost? Well, the gang members at the Motorcycle Club in Central Valley, California are certainly this way. The members of the club are involved in both legal and illegal dealings with the politicians, the rival gang members, and even some of the police authorities.

John not being able to manage the legacy of his late father soon starts questioning himself, his relations, the feelings of love, betrayal, and everything that he has gone through. All these things make Sons of anarchy a perfect show to watch after Breaking Bad.

Orange Is The New Black

Next on our list of shows to watch after Breaking Bad is OITNB. The show is loosely based on the novel of the same name written by Piper Kerman. The show revolves around the story of a woman named Piper Chapman, who is sentenced to one and a half year of prison at FCI Danbury, because of her history with Alex Vause(a drug dealer) The woman is sentenced to jail for a crime that has happened a decade earlier.

However, the law-abiding citizen who also happens to be a public relations executive doesn’t raise a finger and makes her way through the federal system to adapt to a life behind bars and meet different people and know about their past.

The show revolves around the story of an ex-con who in an attempt to hide from the crime lord Rabbit takes on the identity of Lucas Hood, banshee’s murdered sheriff. With a new identity, Lucas sets out on a journey to reconcile with his lover and Rabbit’s daughter Anastasia who is now raising a family with a new identity.

Lucas is still working with his old gang members, stealing diamonds and constantly hiding from their ex-boss Rabbit. With this new identity, Lucas has come across trouble with a new local Kingpin Kai Proctor. The corruption, action-packed sequences, and bloodshed make  Banshee one of the perfect shows to watch after Breaking Bad.

These are some of the very best and addicting shows that you can try watching after you have completed watching Breaking Bad. While there are plenty of other shows as well in multiple genres, the above-mentioned shows are relatable to Breaking Bad in one or the other way and make the perfect match for me to watch after. If you feel that I missed any show that should have been present in this list, let me know in the comments below.