Best Upcoming Movies on Disney+ in 2021 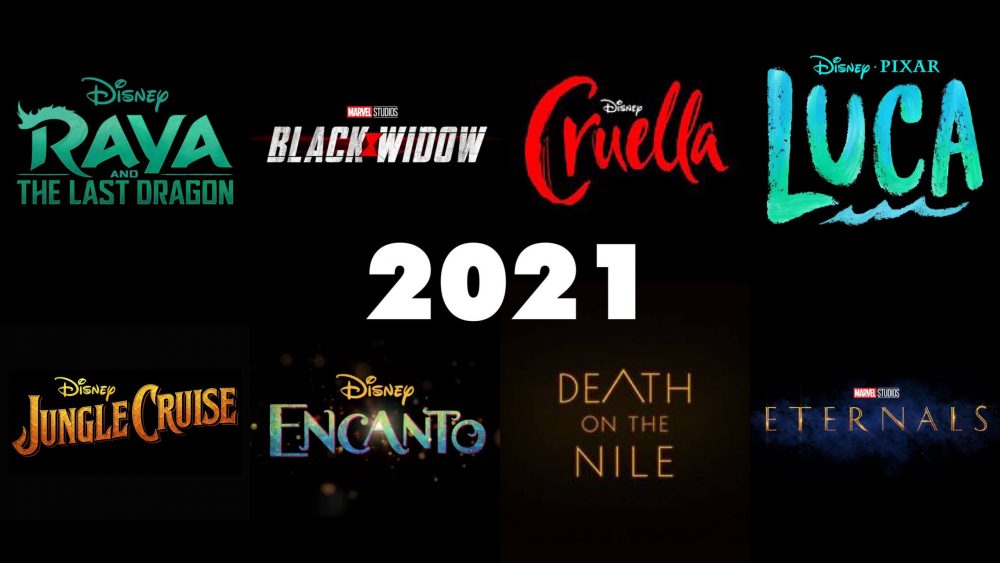 Disney+ is all set to give massive competition to the popular video streaming platforms with its upcoming movies set to release at different intervals this year. The platform has already established itself as a potential candidate in the world of popular streaming(video) apps.

Disney+ is currently seen surpassing its expectations of 60 million subscribers by a whopping number of 100 million subscribers recorded in January 2021. This subscription rate brings disnety+ an estimated revenue of $2.87 billion per year from the US market alone. With this growth rate, the day is not far when Disney+ will be seen in a neck-to-neck competition with other platforms.

With Disney+ grabbing a blockbuster with Marvel studios and becoming the new home to Marvel series and movies, it has paved a new way of growth and success for the platform. While several shows are releasing many series this year, our main focus today is on the movies that the platform is all set to release. From Marvel movies to others in line, we have made a list of all the upcoming movies on this platform.

Get ready to see what blockbusters the platform will deliver this year, along with a sneak peek into their unique storylines.

Read along the article to know more about the upcoming movies on Disney+ and their release date and star cast.

The movie revolves around Natasha Romanoff’s life, infamously known as Black Widow in the Marvel Cinematic Universe. Through the movie, viewers are introduced to Romanoff’s adventures and struggles throughout her entire life. At the beginning of the movie, she handed over to KGB, and after the break-up of USSR. She is being chased by the same people who now want to kill her.

This CGI animated movie is set to release in the latter half of 2021 on Disney+. This movie will be the fourth installment of the Night at the Museum franchise and is set to revolve around the life of Nick, Larry’s son, who is hesitant to put his steps into his Father’s shoes as the nightwatchman. The movie will also mark the return of other recurring characters such as Octavius, Jedediah, etc.

Starring: To be Announced

Sneakerella is the 21st-century American musical adaptation of the original Cinderella movie but with a twist. The movie is a modern comedy love drama and is set to hit our screens in the latter half of 2021. The movie revolves around the half of El, an aspiring sneaker designer who gains the confidence to pursue his dreams with Sami’s help, his best friend and a fairy God Father.

The movie is an upcoming 2021 computer-animated, revolving around the life of an 11-year-old boy with a robot friend. One day when the boy finds out his buddy isn’t working anymore; he goes to a world filled with walking and talking robots who are the best friends of children. The movie was originally set to go on floors in April 2021, but due to unavoidable circumstances, it will release in the latter half of 2021.

The movie is set in the backdrops of 14th century France, with two best friends Jean de Carrogues and Jacques Le Gris. However, their friendship is put under test with this historical drama movie when Jacques is accused of rape by his best friend’s wife. The two are ordered to fight against each other to death after the rape accusations.

Encanto is an upcoming 2021 computer-animated movie revolving around the life of Madrigals, an extraordinary family living hidden in the hills of Columbia. The family remains safe in their magical house in the magical land of Encanto. All the members of the Madrigal family are blessed with magical and healing powers except Mirabel. But Mirabel is the last standing hope of the Madrigal family when the magical land comes under a series of threats and dangers.

Shang-Chi and the Legend of the Ten Rings

This upcoming action-adventure under Marvel Studios’ banner is set to release in the latter half of 2021. The story revolves around the life of Shang-Chi, the master of unarmed weaponry and numerous styles. The story takes a twist when Shang-Chi is drawn into the world of the Clandestine organization, where he has to confront his past that he left behind a long time ago.

These are the upcoming movies that are all set to release in 2021. With the release of these movies, Disney plans to set its foot right into the world of popular video streaming platforms like Netflix, Amazon Prime Video, Hulu, etc.