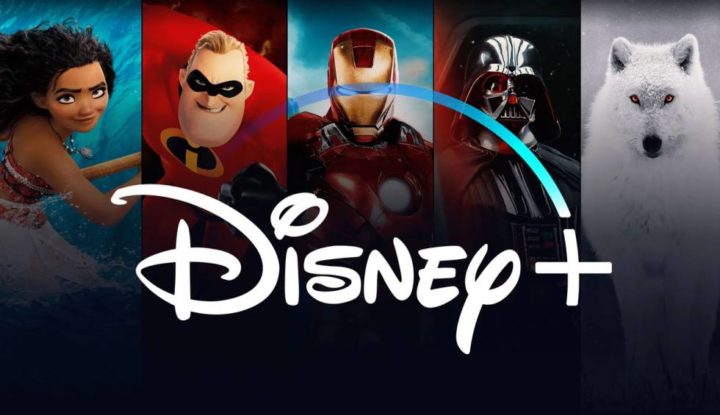 Yellowstone Season 5 Is Releasing! Know All The...

Do you have some...
Read more
Entertainment

How To Get Vudu Free Trial Again In...

Looking for how to...
Read more
Entertainment

If you have the same excitement as us for the upcoming series on Disney+, then you are at the right place. Today we are here to discuss all the series that will release on the platform this year.

Currently, the platform is busy releasing the trailers and release dates of few upcoming projects. Meanwhile, we saw an opportunity in this and decided to come up with our little guide to take you through all the series releasing this year. From the reboot of Turner and Hooch to all the marvel series, we have covered every new upcoming series on Disney+ in this list for you today.

With the list below, it is clear that Disney+ is giving its viewers a lot of series to enjoy and cherish throughout this year. However, the platform has a few other projects lined up, but currently, there is no information on when they will be released.

Upcoming Series on Disney+ Releasing in 2021

Read along the list to find the star cast in these upcoming series on Disney+ along with their release date.

This upcoming series on disney+ revolves around the life story of a basketball coach. The guy is fired from his current job because of his frustrating anger issues, and now he has no other option left than to take a job in an elite girl’s private school.

Set after the events of Clone Wars, this upcoming series on Disney+ focuses on the story of an elite squad of clone troopers with genetic mutations. The troopers, also known as Bad Batch, will embark on various adventure-filled missions in the changing galaxy after the clone wars.

This upcoming series on Disney+ revolves around the life of an alternate version of Loki, who is traveling through multiple different timelines and fixing the mess that he has created after the events of Avengers Endgame.

This upcoming series on Disney+ is based on the book of the same name written by Trenton Lee Stewart and focuses on the life of four orphans. The orphans are sent to a boarding school by a mysterious benefactor to stop a plan that will end up disrupting global peace.

Monsters at Work will serve as the sequel to the 2001 film Monsters Inc. and will focus on the life of newly graduate Tylor Tuskmon from Monsters University. The graduate is working as a mechanic and dreams of working with his idols at the Laugh Floors.

This upcoming series on Disney+ will serve as a legacy series to the 1989 movie of the same name. Turner & Hooch will focus on the undying bond between a marshall and his unruly dog. Together the two will discover a life-changing truth for the Turner family.

This upcoming series on Disney+ will be focusing on the alternate events taking place in the Marvel Cinematic Universe. The show will portray some major events differently, like Peggy Carter becoming Captain America, Loki lifting Mjolnir, etc.

The Book of Boba Fett

The Book of Boba Fett is an upcoming series on Disney+ based on the Star Wars book written by George Lucas. The series will be based on Boba Fett’s adventures, the legendary Bounty Hunter, and his character coming back to The Mandalorian.

Hawkeye is another upcoming series on Disney+ that will focus on the Marvel Cinematic Universe characters. The show will feature Clinton as Bishop’s master, teaching her to be a superhero without any superpowers.

Another upcoming series on Disney+ set within phase 4 of MCU is Ms. Marvel. The story focuses on the life of a Pakistani American girl Kamala Khan and how her life changes when she discovers that she has superpowers.

With the release of all these shows throughout the year, Disney+ plans to expand its popularity among subscribers. We are hoping with these upcoming series, Disney+ will stand out as the biggest competitor to other streaming platforms like Netflix, Amazon Prime Video, etc.