Entertainment
By Vansh Sharma
May 6, 2021 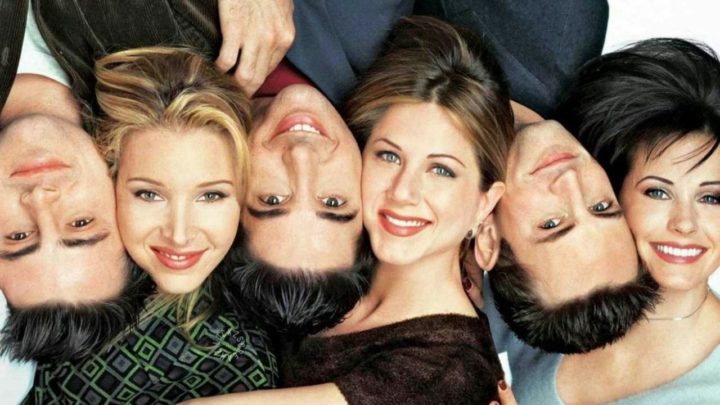 The war on social media and every other platform proves which one is the best out of two iconic and still popular sitcom shows, The Office or F.R.I.E.N.D.S. In this article, we will inform you or educate you, which one to watch.

F.R.I.E.N.D.S a show based on six friends who are together in every up and downtimes in their lives, but instead of making it emotional, the show is filled with the best humor possible because people are still crazy about it.

On the other hand, The Office is based on the life of office employees. You think it shows the hardships of an employee. Yes, it does, but funnily.

It is pretty difficult to draw a parallel division, to which one to choose to watch, but in this article few pointers can make a clear picture in your head.

Let us read these top 7 points explaining why to watch F.R.I.E.N.D.S. over The Office

Seven reasons to watch F.R.I.E.N.D.S. over The Office

Following are the top 7 points explaining why to watch F.R.I.E.N.D.S. over The Office

F.R.I.E.N.D.S. is a really old show, but the craziness that this show created at the time of its launch has multiplied ten times more into what it is today in this 21st century.

The relevance of dialogues, clothing, situation, etc., is so popular that it will never upset any of its viewers.

If you are still struggling where to watch, you can watch all its ten seasons on Netflix or every day on Comedy Central HD or Comedy Central.

F.R.I.E.N.D.S. has a total of 10 seasons, with more than 20 episodes each, which is more than the number of The Office.

So, if you want to keep yourself hitched with something for a longer time, F.R.I.E.N.D.S. is a choice for you.

All its ten seasons are different from one another with the same set of rules. You can binge-watch them without getting bored.

All its characters have something of theirs’ to present, called signature dialogue like Monica’s I know, Janice’s laugh, Ross’s sad Hi; etc. All these nuances will make you fall in love with it.

It is not just a comedy show, which obviously it does exceptionally great; it also has more to offer. It shows some real bonds. It also gives messages with turns and twists in the show that teaches its audience about life.

The bond of friendship is shown so rightfully that you will miss your real friends in many episodes. The trend of night stay in the 90s was started because of this show, which is still popular.

The bond between each friend in F.R.I.E.N.D.S. is shown so beautifully that each character is involved equally in one another’s matter and life decision. it teaches the value of love and friendship.

People like my mother from the 90s are still in love with this show. She still watches the show on the internet and never misses it.

People like me and of my adjacent age are a fan too. Just because, this show has an effect of its own. It is catering each one us with comedy, whether young or old.

You ask anyone around; he/she might have seen F.R.I.E.N.D.S. at least one episode in his/her life.

F.R.I.E.N.D.S. has received 45 awards and more and uncountable nominations in all the leading award ceremonies.

The shows made history a lot of time, and I feel no other show can actually justify and even question the magnum fanbase and love that its actors and show itself has produced.

F.R.I.E.N.D.S. can never be old because of its popularity because people are still madly in love with this show.

The show is always in the news, whether of the controversy of its actors or coming back and making of its reunion show.

A few days back, it was stated that the reunion show of F.R.I.E.N.D.S. had been shot and will be released soon.

All its fans are waiting for the show’s telecast, I guess from the past two years. The hype and the wait are what this show has earned over the years.

These were some of the top seven reasons to watch F.R.I.E.N.D.S., but if you are a massive fan of The Office, no one is stopping you can watch that too because choices and opinions are not rules which you have to follow. You can watch what you love. If you are a film buzz and want to watch an anime series, we recommend you to read the reason to watch death Note on Netflix.