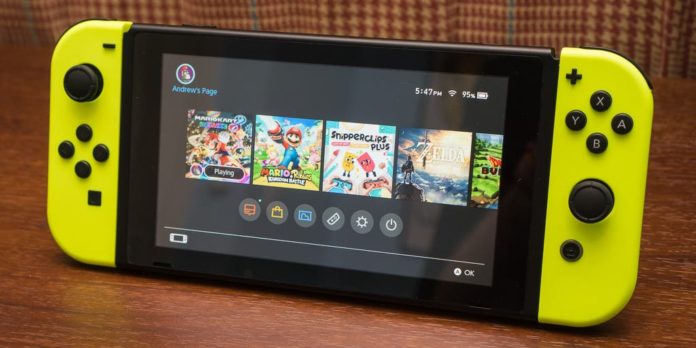 It’s hard to pinpoint exactly when video games became a grown-ups thing, but while it may seem like every major title nowadays is preoccupied with adult themes, there’s a lot of gaming goodness for good ol’ kids. That’s where we come in, with our list of kid-safe Nintendo games.

The titles may be kid-safe, but that doesn’t mean they have to be childishly simple. Our recommendations of Nintendo Switch games cover genres such as open-world action and racing, puzzle games, platformers, and even sports titles. No two kids are alike, so why should their games be alike?

We have, however, zeroed in on games with easier controls and which can be played over long and short sessions. They are all available on the family-friendly Nintendo Switch platform. And to add variety, we have looked beyond the uber-popular Mario, Pokemon, and Zelda franchises.

Here is our list of kid-safe Nintendo games that your little ones can pick up and play.

Think of it as Grand Theft Auto for kids. The Lego gaming catalog is filled with popular licensed franchises such as Marvel, DC, Harry Potter, Lord of the Rings, and Star Wars. But Lego City Undercover’s setting makes it unique. The absolutely large, cheerful ‘overworld’ lets you get lost in many missions and sidequests. There are mysteries to solve and secret collectible goodies to find.

The game is expectedly colorful, but it’s the crime story that takes the cake. While it pays tribute to famous films and TV shows, it does so in a kid-friendly way and with tons of memorable characters. What’s more, a second player can also join in on the crime-fighting through local co-op.

The sales pitch for Dragon Quest Builders 2 is simple. It’s the block-building of Minecraft mixed with an engrossing action-JRPG adventure. The game is set in a vast open-world where you can craft tons of items and travel to ruined cities, mining towns, and farms and rebuild them with various structures. It’s a solid foundation (no pun intended) but the exploration and questing boost the playing experience.

From story to story, you will slay monsters, fight invaders and go through the familiar RPG loops of leveling characters, finding gear, magic items, traversing dungeons, and boss fights. While there are references to the Dragon Quest series in terms of locations, enemies, bosses, and music, you won’t be lost if this is your first game of the franchise.

The combat can be a bit too simplistic, and the controls are often annoying. But it is the perfect title for gamers who want to balance Minecraft’s building with actual adventures.

The best part about Golf Story is you don’t need to be a golf fan, or even a sports fan, to have fun. The old-school 2D pixel art makes it a throwback to the classic Game Boy Mario Golf and Mario Tennis titles. It’s a hilarious story of your character returning to golf and improving their game.

There are lessons and quests at every corner of the local country club, and there are secrets and monsters in the wilderness.

The golf itself is solid. The controls are tight, and the different clubs, swings, and shots add variety. But it is never serious. Birds and moles can steal your balls if you’re not careful! The progression, the vibrant graphics, and the music and quests will keep you hooked. And who knows, the young gamer could become a true golf fan after a swing at this.

It’s charming, colorful, and stars a cute fox. You can’t go wrong with New Super Lucky’s Tale. The 3D platformer plays like a homage to classics such as Spyro, Jak and Daxter, and Banjo-Kazooie. The gameplay and controls are simple, the characters are funny and adorable, and there are a lot of adventures, battles, and minigames to keep you occupied. The game also changes the formula a bit, throwing in some 2D levels to keep it fresh.

With skill level out of the equation, New Super Lucky’s Tale is a game everyone can enjoy. It also features tons of cool collectibles and costumes, which can be used to customize each character. There are interactions and stories, all delivered through clever writing, but the game is essentially about running, jumping, and hitting.

Last June, Burnout Paradise Remastered raced on to the Switch, making the vehicular mayhem ever-so-accessible. The pure arcadey fun and the sense of discovery as you explore Paradise City and complete its several challenges are sure to satisfy young gamers’ toy car fantasies.

The soundtrack is classic, the cars are unlicensed and can be wrecked or totaled freely, the controls are simple to learn, and the joy of high speed is unrivaled.

What could be better than a fun game that can also teach your child the importance of organization? Wilmot’s Warehouse is a puzzle game that puts you, a square person named Wilmot, in charge of a warehouse. You stack up products according to whichever system works for you. You run around and fill up the massive Warehouse. Then the second stage has you deliver the products as per the requests of your co-workers.

Automatically, the game divides itself into two parts. The first part tests your organizational and planning skills. You can place the products however you want, but it will require planning. You need to memorize the locations and also make the Warehouse navigatable during deliveries.

It’s a clever game with simple mechanics. Everything, except for the colorful products and boxes, is in black and white. There isn’t a long story to uncover. But there’s a slight chance that your young one will tidy up their room after playing Wilmot’s Warehouse.

There you have it! A list proves that kid-safe video games don’t mean titles devoid of meaningful gameplay or unique moments. We hope you have found the perfect game for the young and the young at heart. And oh, if you’re looking for some gift cards for the Nintendo eShop, head over to OffGamers right here and get some!

Previous articleIs The Profit Real Or Fake? Is The Profit = Maker’s Loss?
Next article7 Tips To Maintain A Healthy Lifestyle | Build Immunity!