Sidharth Shukla Names 3 Most Special Ladies In His Life, Did Shehnaaz Gill Make It To The List? 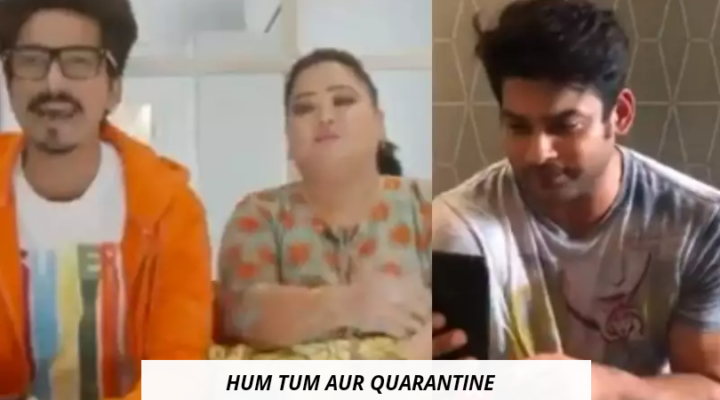 Are you a fan...
Read more
Entertainment

While in lockdown, people are finding refreshing ways to entertain themselves. And Celebrities are giving much efforts to entertain us, Bharti Singh and her husband Haarsh Limbachiyaa are all set to entertain fans with their new show- Hum, Tum Aur Quarantine.

During the recent episode, Bigg boss 13 winner Sidharth Shukla was the celebrity guest, and the two connected to him via a video call. The episode was full of fun tasks, and entertaining questions for Sidharth Shukla to answer.

Sidharth and Bharti Singh-Haarsh Limbachiyaa first discuss about household chores, and who does what. Bharti then asks Sidharth to not step outside his house, as the police will not see if he is the winner of one show, or two shows. They further move on to a fun segment on the show where Sidharth was given a task by Haarsh and Bharti.

Also, He was asked to recognize things in his house blindfolded. He aced the tasking, recognizing everything perfectly.

After the task, Haarsh asked Sidharth who the three special ladies in his life were.

Sidharth was quick to reply. He said it’s Bharti, his mother and his two sisters. Well, sad news for SidNaaz fans, there was no mention of Shehnaaz Gill. Watch out

Meanwhile, Sidharth Shukla featured in a music video with Shehnaaz Gill. Their single Bhula Dunga was a super hit, and has over 50 million views.

They both left the Himanshi and asim video kalla hi Sohna nai back. While their fans and most people loved their sizzling chemistry in the song, but zareen Khan said in the interview that she likes both the songs but when we talk about chemistry Asim and Himanshi comes first than Sidharth and shenaaz.

Previous articleSidnaaz OR Asimanshi : Zareen Khan Tells Whose Chemistry She Likes More?
Next articleSidharth Shukla credits Shehnaaz Gill for his win; says, ‘Have never seen a girl like her’