The Technology Development Over the Past 100 Years| Best Guide 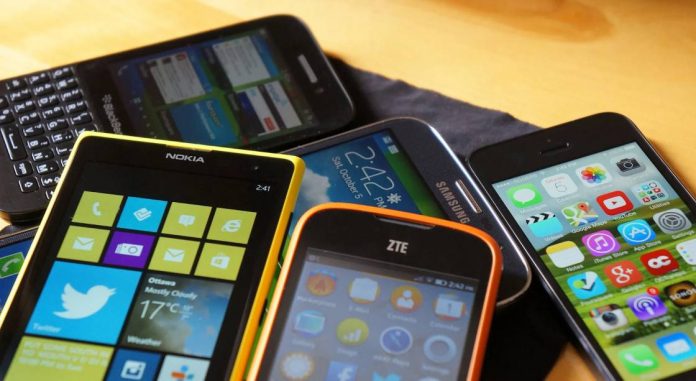 Wherever you are, look around; you’ll find a product of technology beside you. Over the last 100 years, technology development has improved the world tremendously, each year bringing new technological advancements that have now catapulted the world to an age of absolute ease and freedom.

Now we have a powerful tool of technology in our pockets, through which we can communicate to people across the world. One hundred years ago, this was quite impossible.

Besides mobile phones, tech-savvy people have made several groundbreaking inventions that have helped ease the world into a digital age. Over the last 100 years, development has been steady and has gradually accumulated into the technological wonders we see today. The past is now way behind us.

Let’s take a closer look at the last 100 years of technological advancements and the technological inventions that have helped make this possible:

This is one of the most life-changing inventions, and we can’t imagine our lives without it. There is no arm of the business that it doesn’t fit into. It is used in space exploration, medicine, financial institutions, academic institutions, and even entertainment.

Modern computers might seem like a new development, but it’s history dates back to the early 1980s. At first, computers were created mainly for mathematicians and engineers and were used for counting and solving mathematical problems. The first computer to be sold to the public was Programma 101, and it set the pace for personal computers.

Then in came the Xerox Alto, then Apple’s Macintosh, the iMac G3, and finally a laptop by Apple in the early 2000s.

Arpanet is like the foundation of the internet. The Advanced Research Projects Agency Network was created in 1969 during the Cold War. The Americans established it as a form of communication and countermeasure in case of a nuclear attack. It was decommissioned in 1990 to expand what we know of today as the World Wide Web.

One hundred years ago, no one would have thought that today we would have a device that lets us speak to people in and out of range with just a few clicks of a button. And this device turned out to be the most impactful on human lives. So many years ago, these phones were too expensive and massive to be carried around. Only a small number of people had it, and it was used only for communicating.

In 1983, the Motorola 8000x arrived on the market, and although it wasn’t the best device, it was small enough to carry. Over the years, mobile phones have advanced into smartphones with the help of computer chips.

These smartphones have superseded communication and have become multimedia tools, allowing you to send and receive pictures, make videos, chat, and so many other wondrous activities.

The first compact cassette was invented in 1962 by the Phillips company in Belgium. Before that, listening to music was not the easiest thing to do. This cassette tape made it convenient for people to listen to music, and it was portable enough to carry.

Then came Sony Walkman, and these cassettes became even more successful because they worked hand-in-hand in making music available on the go. Since it featured a headphone jack, people could also enjoy privacy, along with the music. Even though MP3 players gradually replaced the Sony Walkman in the coming years, no one would forget the impact it made in a hurry.

In 1975, the first digital camera was developed by Steve Sasson, a Kodak engineer. These digital cameras took 23 seconds to capture an image in black and white, which was saved onto a cassette tape.

This camera was not sold to the public but was instead reserved for the military and science.

Over the years, more cameras were developed, each one even better than the last. The actual evolution started when Steve Jobs launched the iPhone in 2007. It was widely accepted because it made photography a lot easier and more convenient. It was not the first phone to have a camera, but it was the first to have a clear, convenient one. And even with the development of modern and technical cameras, Apple products remain the most popular phone camera brand in the world.

Humans have always been fascinated with the sky for years, but this fascination remained because there was no obvious way to beat the odds and explore.

Space exploration began last century with the help of inventor Robert H. Goddard, the inventor of the world’s first liquid-fueled rocket machine. This rocket was launched successfully and marked the beginning of what was previously seen as an impossible project.

Space travel is one crucial technological development that has helped us know more about the skies above us and how it affects our world.

We have come a long way from the beginning, and now, our focus has moved to Mars. By 2030, NASA hopes to have made the planet into a suitable habitat for humans.

Philo Farnsworth’s production in 1927 is the direct ancestor of modern TV as we see it today. The 21-year-old inventor produced a television whose first image was a single line. In the coming years, more productions were made by other brilliant scientists, and soon black and white televisions were created.

Now, many years later, we watch our favorite programs on screens wide enough to take up an entire wall, and all in colored images. Times have evolved, and electronic television has given way to digital.

We are incredibly grateful for this product of modern technology because imagine watching a football match or your favorite soap opera on a black and white, 3 inches screen.

This advancement was made possible with extensive, advanced research and invention. Smart cities use information technology to improve efficiency and enhance better government operations for their citizens.

These smart cities combine automation, machine learning, and the internet of things to collect data and use it to create a smarter way of living.

We can see how much technological advancement we have enjoyed since these past years. There is no doubt that the following years would also record some groundbreaking developments that would be remarkable for the next generation. Research projects are ongoing, and all the world needs is time. Technology is growing, and a network of individuals who are ready to step up and take the world to the next level.